ROYAL AM SCORE A DOUBLE OVER CHIEFS 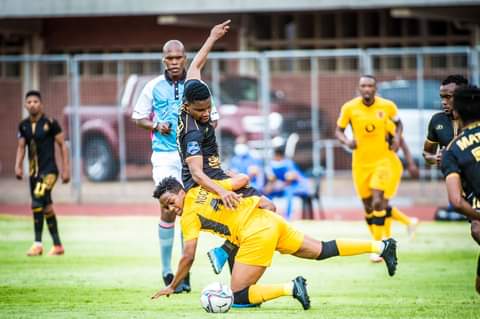 Royal AM have beaten Kaizer Chiefs for the second time this season following a 1-0 win at the Chatsworth Stadium in Durban on Sunday.

Amakhosi were the first to threaten as their striker Leonardo Castro beat Patrick Nyame off a Keagan Dolly pass, but was denied by the upright in the 17th minute.

After that Royal AM pushed forward looking for a goal and their appeal for a penalty in the 30th minute was rejected by match referee Luxolo Badi.

Eight minutes later, Royal AM top goalscorer Victor Letsoalo netted from the penalty spot to give his team a 1-0 lead after Bernard Parker had fouled Zukile Mkhize inside the box. That was Letsoalo’s ninth goal of the season and his third against Amakhosi in two matches this term.

The Durban side beat Amakhosi 4-1 in a first round clash at the FNB Stadium in Nasrec, Johannesburg, earlier this season.