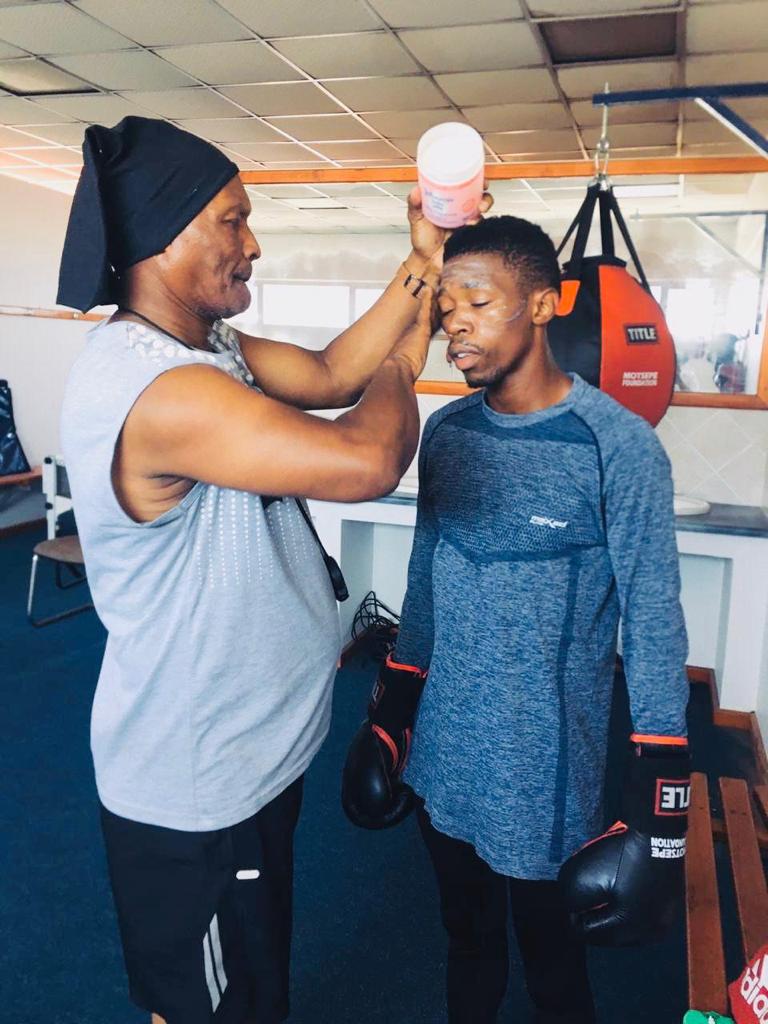 Boxing trainer Spokes Witbooi has identified the kind of sparring partners he wishes to use while preparing Yanga ‘Showtime’ Sigqibo for his fight against World Boxing Council (WBC) bantamweight champion Nordine Oubaali.
Sigqibo from Duncan Village is going to challenge the Frenchman in France on Saturday, 13 March.
Former World Boxing Organisation (WBO) bantamweight champion Zolani ‘Last Born’ Tete and erstwhile South African featherweight king Azinga ‘Golden Boy’ Fuzile are on Witbooi’s wish list as Sigqibo’s possible sparring partners.
“I’m looking exactly at somebody, who is a southpaw. Zolani fits the bill. I would also love to have someone like Azinga,” Witbooi said.
“I have identified sparring partners for Yanga. I’m not saying we want sparring partners, who look and fight exactly like Nordine. I want those who are close to what Nordine is. He fights from the southpaw stance and is aggressive. Nordineis fiery when you look at him.”

Witbooi has made it clear that it won’t be a train smash should he fail to secure the services of either Tete or Fuzile.
“I won’t struggle even if I don’t get those sparring partners. I’ve got two southpaws at my gym and I’m not going to reveal their names,” Witbooi said.
Sigqibo and his handlers are going to leave for France a week before the fight.