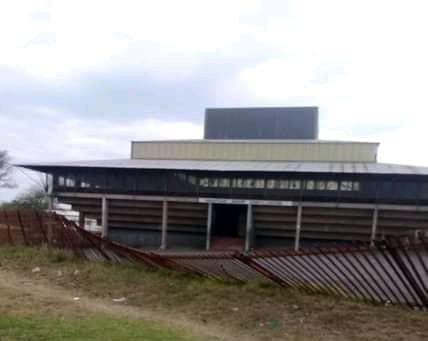 A former boxing promoter and an erstwhile South African champion have lamented the shameful condition of the famous Mdantsane Indoor Sports Centre.
Siphatho Handi, who traded as Mamali Productions, and Macbute Sinyabi are shocked with how the condition of the Mdantsane venue has deteriorated.
“The situation is very bad. Even when I was still promoting boxing it was clear that things were getting worse. We used to contract people to take care of ablution facilities and the drainage system before each an every tournament,” Handi said.
“We were forced to pay people because the venue was stinking. We always wanted to ensure that the place smelt nice during tournaments. It was always a challenge to host tournaments at Indoor. Things were already not good when I left boxing in 2015. Something needs to be done to save Indoor.”
Sinyabi, a former South African junior-featherweight and featherweight champion, feels very bad about the Mdantsane venue’s condition.
“I’m the first boxer to fight at Indoor. I was still an amateur at the time fighting against Sicelo Kobese. I fought at Indoor both as an amateur and professional boxer,” Sinyabi said.
“The people in charge have failed to maintain the venue thus it has fallen into what it is now. It looks like whoever was in charge at Indoor chowed the money paid for renting the place.”
Meanwhile, Mxolisi ‘Streetfighter’ Tyafu, who is the ‘caretaker’ at Indoor has confirmed that the facility is indeed in a very bad shape.
“I’m the caretaker at Indoor. The facility is in bad shape and has been vandalised,” Tyafu said.
“I became involved at Indoor in 2008 after I was recruited by Bro Bika (Boyboy Mpulampula). Things are very bad now. Men’s toilets are not working and the place does not even have electricity.”
During its glory days, the Mdantsane venue hosted wedding ceremonies, funerals and boxing tournaments.