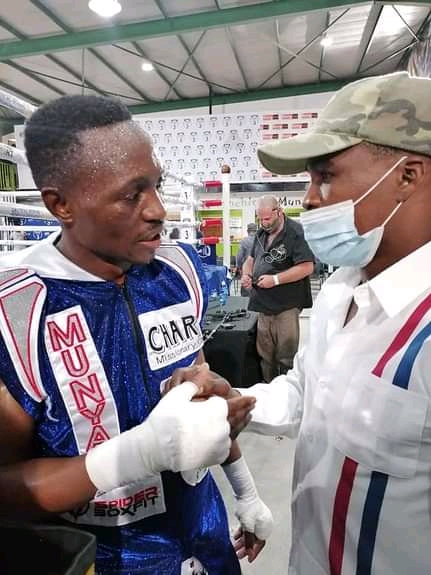 South African champion Tshifhiwa Munyai is ready to fight against former International Boxing Organisation (IBO) featherweight titlist Lusanda Komanisi any time should he be asked or ordered to do so.

Munyai said this after making a successful defence of his title with a fourth round stoppage win over Sanele Msimang at the Booysens Boxing Gym in Johannesburg on Sunday.

“I’m the champion, if the fight has to happen, let it happen. After two losses, everybody wrote me off, I’m rising up again,” Munyai, who has won all his last six fights, said.

The 36-year-old Munyai believes that a fight between him and Komanisi could be career ending to anyone who loses.

“The hunger I have when I’m training is the same hunger he has when he’s training. It’s a fight I think whoever loses will never fight again. I’m not scared of him,” Munyai said.

Going back to his clash against Gqeberha-based Msimang, Munyai said: “It was good, nothing new from me. I had to practise what I do everyday. Everything went according to plan.”