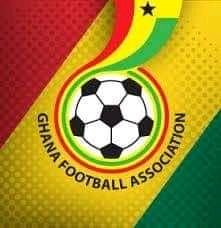 SAFA strongly believes that match referee Maguette Ndiaye in a way was against Bafana Bafana during the 2022 FIFA World Cup qualifier. The Black Stars reached the final round of qualifiers following that win.

“It is shocking, irresponsible and outright disrespect to note that our colleagues from South Africa Football Association (with whom we have good relationships with and mutual sporting respect) have chosen to spread falsehoods to the media rather than project the real picture of events before, during and after the game. First and foremost, before the game itself, lies about the distance between Accra and Cape Coast were released to the extent that it was alleged that the South African football team took nine (9) hours to make the journey from Accra to Cape Coast after they arrived in Ghana. Then again, the official handle also tweeted during the match that the South African team was being intimidated, molested and robbed in Cape Coast.
“The truth is that the distance from Accra to Cape Coast is only 79 miles (127 km). Unfortunately for our colleagues, Cape Coast is a tourist’s city and many people across the world have been to Cape Coast and would be shocked to hear such a blatant lie from no less a Football Association than the SAFA. Our colleagues forgot that we defeated them 2-0 in Cape Coast in November 2019 in a Cup of Nations qualifier.”

The statement added that the total driving time from Accra and Cape Coast is just over two hours and not seven or nine hours.

“We urge every South African and all well-meaning football followers to google the distance from Accra to Cape Coast,” the state further said.

“Out of respect and sportsmanship, the Ghana Football Association kept its focus on the match itself unlike our colleagues at SAFA. Then again, these allegations cast a doubt on the good job done by the officials of the South African Embassy in Ghana. In fact, FIFA and its regulations does not allow any team to travel on road for six (6) hours or nine (9) hours within a country. Even though we believe that it is within the South African Football Association’s right to call for investigation, if they feel that certain factors contributed to their loss, we wish to state that the way and manner lies,and allegations have been thrown into the public space has been very irresponsible leading to injury and violence.”

“We wish to state categorically that the allegations are frivolous, baseless. These allegations from South Africa Football Association are nothing but a planned scheme and a calculated attempt to shift focus from the defeat, divert attention from their failure to qualify for the play-offs and unjustly dent the hard-earned victory of the Black Stars.

“We wish to state that we have received correspondence from FIFA and would respond appropriately within the ambit of the FIFA regulations.”