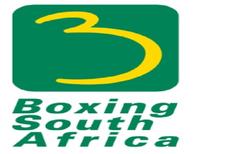 Boxing South Africa (BSA) has reiterated its stance against boxers who leave to fight outside the country without being cleared.
In a statement released on Thursday, BSA said: “Boxing South Africa has noted with concerned recent developments wherein boxers engage in fights outside the Republic without authorisation. Whilst Boxing SA understands some of the reasons that may have led to such instances, it is important for licensees to take note of the requirements for engaging in fights outside the Republic and ensure that the correct process is undertaken. As a regulator for professional boxing in South Africa, Boxing SA remains responsible for the safety and health of its registered licensees whilst engaged in sanctioned tournaments and this extends to fights outside the country’s borders.”
It was reiterated that boxers, who want to fight abroad must get authorisation from BSA and failure to do so will result in fighters’ licences being cancelled with immediate effect.
The statement follows after Komani-born boxers Sihle Jelwana and Sabelo Ngebiyana fought in Russia without authorisation from the boxing regulator last month.